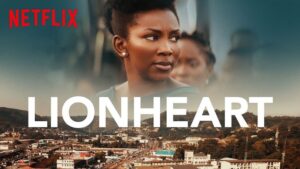 Genevieve Nnaji’s Lionheart first made waves when it was announced as a Netflix Nigerian original, and naturally, there were differing opinions on its quality and whether it deserved to be so courted. This debate intensified when it became Nigeria’s first ever submission for the Oscars’ Best International Film category, but the film truly earned global phenomenal status when it was disqualified for failing to fulfill the criteria of being shot “primarily in a language other than English”. Fans of the film both at home and abroad, including famously, renowned filmmaker, Ava DuVernay,rushed to the film’s defence and criticized the Academy’s decision.

This is not a review of Lionheart. Not only is it far too late in the day to attempt this, but it flies in the face of my personal values as a distributor, film-lover, and aspiring filmmaker. I must allocate my time wisely, thus I’ve committed to writing only on that which excites and inspires me. I mean, if one must burst with emotion, should it not be love?

I’ve written one other love letter to a film – Adekunle “NoDash” Adejuyigbe’s The Delivery Boy. Hopefully I did it some justice. I like my love letters to be themed, and in the aforementioned, I praised Adejuyigbe’s use of camera movement to deceive, distort and toy with the audience’s expectations, prejudices and voyeuristic tendencies. This will be my third time watching Lionheart (there are very few Nollywood films I have or would credit with a second watch), and my experience has improved each time. My renewed fascination has less to do with the film as a whole (it is, after all, the same film each time round) and more to do with a personal enlightenment on my film-making journey. As I learn more and more about the world of film, and the techniques some of the greats used in leaving their marks on the industry (and our hearts for that matter), I find that I am more aware of the craft and deliberation in some Nollywood offerings, this one included. So without further ado…

Lionheart’s most appealing virtue is perhaps its director’s clear intention to keep the audience engaged, but not overwhelmed, subliminally rather than overtly evoking the right emotions. The sharp entrance pulls you right in, opting to avoid the all-too-familiar trope of musical overlay (this has become something of a staple in Nollywood. Sometimes it works, other times not, but I prefer for a film to begin without music. It just helps set the tone and draws the audience right into the opening image). In Lionheart, we begin on one of the buses owned by the company for which the film is named. We can hear in the background the humming engine, passenger chatter, and a hearty greeting from a local radio host. In fact, the first note of music we hear in the film comes 4 minutes in, after a brief but powerful moment of silence. As the bus slithers down the winding roads of Enugu, you can almost tap to the rhythm of the title and opening credits sequence. This is beautiful audio-visual poetry at work, and just in case you’re doubting the value-add of rhythm in scenes, check out this clip from Edgar Wright’s critically acclaimed box office hit, Baby Driver. I mean, if we’re going to talk about rhythm…

The use of colour in this film is also significant. The subtle yet evident green tint, complemented with varying shades of red is seamless (we can discuss in more detail the language of colour theory in films another time). It sets the emotional tone of the film nicely and shows artistic harmony between the cinematographer, production and set designer. You almost feel like the environment itself is a character in the story, near invisible, but ever present.

As we’re served the next course of events, we see a group of thugs invade Lionheart’s bus park. Onyinye (Jemima Osunde) instinctively runs in to fetch her boss, Ada Obiagu (Nnaji), Director of Logistics. The colour green is even more highly saturated in Ada’s dress, instantly making her the focal point. Nnaji is directing our eyes – beautiful! Another striking thing about the scene is the way we’re introduced to our protagonist, Ada. Instead of Onyinye bursting into her office and interrupting a meeting or some form of executive busy-work, she literally collides with Ada in the hallway, indicative of the latter’s personality- she is clearly a workaholic, but also perhaps unsettled, restless; she’s always on the move, never stationary. In fact, we hardly see a scene throughout the entire film where Ada is simply seated at her desk.

Russian playwright, Anton Chekhov once said “Don’t tell me the moon is shining; show me the glint of light on broken glass”. This is a well-known tenet of “pure cinema”, and is very much at work here. We learn more about Ada from her actions, not her dialogue. It’s not what she’s saying, it’s what she’s not. We can tell that she’s an executive, she’s young and beautiful and successful, but this is obvious. What we don’t know but are quickly apprised of is that she’s a hero through and through – rushing to the aid of passengers, standing between them and their attackers, demanding to speak to “who’s in charge”. We’re learning more about her internal qualities rather than external, and that’s what makes us empathize with, and even admire her. It’s Blake Snyder’s Save the Cat principle, combined masterfully with Chekhov’s aforementioned “Show Don’t Tell”. The blocking and movement in this scene (Ada’s face-off with the lead thug; the way she waves her hand over the watching passengers) is exquisite.

Nnaji does this again later when Godswill Obiagu (Nkem Owoh), Ada’s Uncle shows up abruptly to fill the position of Acting MD in the stead of Ada’s ailing father, Chief Ernest Obiagu (Pete Edochie). We see his legs, then his shoulder, a brief interaction with a colleague and finally, his grand entrance. This all happens to an imaginary beat that adds spice to the overall tapestry. The important point to note is that before he utters a word, we know exactly who Godswill Obiagu is.

While Ada tries to mediate the ruckus, there are two brief cutaways to Samuel Akah (Kalu Ikeagwu), the company’s Director of Engineering Services. I have made much mention of Nnaji’s directorial prowess, but I must digress to give kudos to Ikeagwu for playing this villainous role superbly, and George Cragg, the film’s editor for this skillful edit. Without a word, Samuel conveys his stance in the film – an antagonist. His shifty eyes, the subtle smirk, followed by his omission to intervene tell us he is pleased with this disruption, and may even have engineered it. His retreat from the frame seals the deal.

Yinka Edward, the film’s cinematographer plays gracefully with colours throughout the film. When Ada’s Uncle, Godswill first arrives, he is clad in a strong red, while she is in the native green of the company; she is the home occupant and he is an intruder. As the story progresses, their outfits tell of their relationship dynamic and carry the audience along on an emotional journey that is as engaging as it is subliminal. If you’re sceptical about this, scroll through the film, and check out the scenes listed below. It might not be an exact science, but I’d wager you’ll start to see a pattern forming. Just to elaborate, the first still is of Ada and her Uncle at their initial encounter. The second is after they’ve successfully saved Lionheart from acquisition. Notice anything?

Here are some others (no pictures. Go and watch it):

23:02 – Godswill is now in the company’s native green. It’s his first day on the job and he’s settled into his new role. Note that Ada is also in green, but a much lighter shade. It’s almost grey, and seems somehow faded, diminished;

30:26 – Ada is in yellow and Godswill in grey. They’re attempting to devise a plan to save the company, but each has their own recommendation. They are divided. Ada’s plan is given priority as is her hotter, yellow outfit;

32:57 – For the first time since we’ve been introduced, Ada and Godswill are almost completely in sync. In this scene, Godswill resorts to physical violence in Ada’s defence. It’s a bonding moment;

1:10:03 – Ada and Godswill’s outfits aren’t exactly in sync, but complementary. They’re united in their resolve to convince Chief Obiagu to make a deal with a Northerner;

1:28:20 – We went over this earlier. It’s the conclusion of Ada and Godswill’s adventure. They’ve succeeded and are truly united.

I should stop here, but to sum up, let me admit the possibility of this treatise being completely amiss. That doesn’t, however, make it any less valid. It’s not about my expertise, knowledge or even accuracy. It’s about what the film says to me, you, and all of us as simultaneously as an individual and collective audience, and why I believe the techniques I’ve highlighted work together well to communicate the Director’s vision, whatever that is. What impresses me is that it appears deliberate. It has thought and preparation behind it, and the various expertise of the Department Heads comes together in a beautiful symbiotic accord. They aren’t competing with each other; they’re complementing, and it’s this elaborate marriage of the subjective appreciation with the objective that makes this love letter perhaps more tangible than simply saying, “This was a really good movie” or the opposite, for that matter.

I’d suggest after reading this, you watch Lionheart, not just to be entertained, but to see what techniques you can recognize or discover, and assess whether they have an effect on you as an audience member, and maybe even a filmmaker. It’s on Netflix, so hurry along now.

I’ve been studying the West African box office & generating insights from film performance for almost 4 years. I also write on developments & lessons to be drawn from global box office news, as well as work that excites me. Follow me on Twitter [@snagapus] if you love film, books, & a good laugh.

This article was initially published on medium. 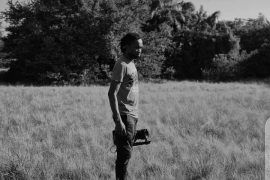 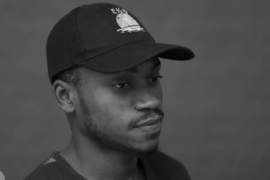 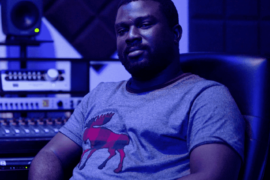