Debola Ogunshina belongs to a growing class of filmmakers looking to rewrite the narrative about Yoruba language films. No more is the quantity-first approach that meant (and still means) little or no regard for scriptwriting, cinematography and performance. These young men and women are out to prove that the indigenous language is not the anchor it’s perceived to be; instead, it’s an invitation to worlds commonly underseen or disregarded. With Mofe Ni Mofe, Debola Ogunshina spins a famous romantic trope on its head and tells a story that’s altogether thoughtful and refreshing. In an interview with Filmkaku, the director delved deeper into the making of his debut cinema release and his experiences in the film industry:

Tell us a bit about your filmmaking background. How did you get into film?

I got into film because I wanted to make more money. I started out with theatre plays, thanks to my degree in theatre arts from the University of Ibadan. After graduating, I managed theatre productions for some years till I realized theatre couldn’t afford me the comfort I sought at the time. Also, theatre was very limited in its reach at the time but film didn’t have that problem. I needed my work to reach a lot of people so I made the switch to format that guaranteed that.

Interesting. Are there things you’ve done, asides stage, that prepared you for life as a film director?

Before I left stage, I had my eyes on film but I didn’t have the connections. When I left the University, I reached out to the few people I knew but all I got were failed promises. I kept pushing on until I met a music video director who was, at the time, shooting videos for Fuji/gospel musicians. I got involved in the project and managed to spend one night on set with him. My plan was to learn filmmaking from him but I ended up as the intern assigned to the menial jobs on set. His approach was also humiliating and dispiriting. I quickly learned not to turn out to be his kind of director because he was out to humiliate rather than teach. When I left the set the next day, I made a commitment to myself never to have expose myself to such an experience again. So, I went back to my books and started to study. YouTube videos were equally helpful in my learning and practice. Not long after that, I made my first short film.

So, you’ve made Mofe Ni Mofe, a feature film currently doing its run at the cinemas. Well-written, fresh and scripted mostly in Yoruba language… How did you come about conceiving the project? How did it evolve?

Creating Mofe Ni Mofe was strategic. I would have loved to make other kinds of films but I wanted to get into certain discussions and conversations. So, I told my team that we’re going to make a simple Yoruba with the rawness of Africa Magic Yoruba. Something we can play with, but shot with a different visual style . And that was what we got, thankfully. The feedbacks from when we released the teaser and the trailer have chorused the freshness of what, really, is a familiar production.

My next question follows the train of your response. What was the working relationship with your DP, Bolaji Opakunbi, to establish the look of the film?

For me, I believe that cinematography shouldn’t be treated in isolation. It is all encompassing. I made the DP work with the guys in charge of the budget, the costumier and other key members of the team. I made sure everyone was present for meetings discussing the general look of the film. We studied other films and captured their strengths and limitations, and from there drew out a guide for ours to make it unique. I gave the DP a lot of references and we deliberated on a colour palette.

Can you mention a few of those references that inspired the tone and the look of the film?

For the look, the references were mostly still photography. For the writing, we had film references like Richard Cutis’ Love Actually.

Was Mofe Ni Mofe drawn a personal experience? Did you have an emotional connection to the story? Because I recall the opening monologue from Adedimeji Lateef’s character had this sad hilarity. Where did that come from?

I’m not surprised you picked it too. Someone told me that opening is the best he’s seen in a Nigerian film. For me, my stories swell from a “what if” scenario. As a married man myself, I was able to look back and juggle a lot of ideas about life before marriage. I asked myself strange, critical questions. Like, what if my wife says she’s not interested in the marriage anymore after the elaborate preparations? I let the scenario play out in my head till it was something I knew had a role in the film. That, alongside many other arguments we had before we got married informed that opening scene.

Many great films have come from shared sentiments or imagined scenarios. This clearly worked out for you. Were there particular issues you faced in the process of making this film?

When you’re trying to create anything, there will be challenges. But when you’re trying to create something in Nigeria, there are peculiar problems. For instance, my makeup artist didn’t show up on the first day of shoot. That was the first challenge. Thankfully, I have a habit of smiling through challenges. Worrying and frantic reactions to setbacks are hardly beneficial. I had to spur my team in the absence of the makeup artist, given the amount of money and preparation we’d invested in the project. I got another makeup artist who knew nothing about her job. She struggled all through. I had to plead with my lead actress to do her makeup herself. The idea was unsettling to her, at first, but she later accepted. That’s just one instance from the many issues we had while shooting.

Now that the film is out there, what other projects are you working on at the moment?

I’m taking a deserved break. I’m only working as a director for hire at the moment. Also, I’m looking to work on a script by a friend. He’s one of the best writers in the country.  The project’s titled Hosanna hospital. It’s a medical satire.

A deserved break indeed. Given the quality of work you appreciate, where do you draw your inspirations from? Whose work inspires you as a writer and director?

There is Martin Scorsese, Billy Wilder, Ola Rotimi and a host of political satirists like Stephen Colbert, Trevor Noah and others.

A solid collection of names. This is all we have time for. Thank you for your time, Mr. Ogunshina. I look forward to seeing your film winning all the deserved awards.

Thank you so much. Thank you for having me. 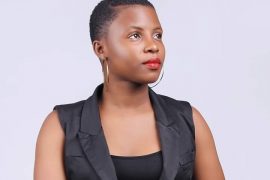