Dolapo Amusat is a data scientist and a self-styled hip hop connoisseur at the intersection of technology and creativity. Currently leading the popular online music community “WeTalkSound” community, he is also the creative director at WTXtra. He sat down with Filmkaku and offered a treasure trove on data science and what creatives should know:

Filmkaku (FK): How did you get into data science?

Dolapo Amusat (DA): First off, I dabbled into music and entertainment before getting into data science. I run a music community called We talk sound and a creative agency called We Talk Xtra. So I started using data for music, through digital marketing. This is basically about aggregating platforms that allow you advertise to people on the internet, targeting consumers using demographics and stuff basically. That’s how I got into that. Right now, we are looking at digitalization in music. As you know, music and general media consumption has almost completely shifted from analogue to digital so we study how these changes affect consumer behaviour and try to create and sustain engagement with consumers on our content.

So I’m always asking questions like what kind of music are people listening to, where, what platforms are they using and using all these data to make informed decisions, for ourselves and for clients.

FK: How artists should approach data?

DA: Artists should realize that their careers are on the line and should do the most to understand how data works. The mindset should be ownership. Even if you can’t understand the mathematical or statistical jargon, try to get the layman idea of how to use data sets

FK: How you used data on the LOFN project?

DA: So in the creation process, while we were selecting songs for the collection, we used both the quality of the music and also some data to make the selections. For example we looked at the social media engagement of the artists. It wasn’t the ultimate factor but it helped us to decide when we were stuck on two songs. This same concept can work in casting especially for popular market films.

Competence is supreme but metrics like high social media engagement and following can help to solidify choices going forward. The selection of the day the project dropped was data driven. We were aware that web searches for love songs and related content would tick at the period we dropped it. This calculated approach to release has also been utilized in film with releases tied to holidays or events.

FK: Data for Marketing and Distribution?

DA: When you have a digital product, the essential question to ask is “who is your target audience?” The answer to the question then determines what comes next. The target audience should not only be restricted to the exact group you have in mind, but also to people searching or engaging related content.

Social media is a great tool for storytellers to mine what people are talking about. There are social listening tools that can be employed like Brandwords, Hubspot, Sprout Social, all paid services but worth the investment. You can use machine learning tools to analyze, say Facebook and Twitter, if you can write code.

Data could also help in movie titling, making it easier for audiences searching for films. Data collected from focus group discussions and surveys can also be utilized to inform or strengthen your story pitches.

The next question is, “Where is the target audience?” Are they on Twitter or Instagram, Facebook or are they on Netflix or offline like the cinemas. This process continues with test screenings before a film release, data from Cinema houses and film review data. You can combine these data sets to build a strategy on meeting your audience wherever they are.

Social media platforms also let you run digital ads, which you can then direct at specific audiences by tying to their characteristics Facebook for instance has a profile page that users fill in their preferences, age, location, pages liked and activities etc, which becomes useful when you want to direct ads at specific audiences. You can get very narrow and find the exact kind of people you want. You can direct your ads to people who watch films; you can go very granular by using location, age range, gender, likes, schools attended.

Also, there’s retargeting, which is basically identifying people based on their previous Internet actions. Retargeting tags online users by including a pixel within the target webpage or email, which sets a cookie in the user’s browser. This cookie begins to collect information about user behavior. So if someone clicks on say your fanlink address and didn’t even engage your content, you can retarget them with social media ads and find them on other platforms, at any time.

Data science can be as complex as building machine learning systems or as basic as looking at social media niche influencers.

DA: Watch out for lurking variables. Lurking Variables are unknown variables that are not controlled for. They are extraneous variables, but may make the relationship between dependent variables and independent variables appear different what it actually is. In other words, the variables will cause your results to be biased.

Every day, we make faulty decisions because we can’t see the lurking variables and that’s why artists must understand how to use data and read all the angles, data can be presented in many faulty ways. A good example is box office success.

Data can be presented in a misleading way to take advantage of the artist. So watch out for that, especially, outliers in data sets. Outliers are extreme values that deviate from other observations on data. They may indicate a variability in a measurement, experimental errors or a novelty and you could come to wrong conclusions if you don’t look closely. For example, I was looking at box office successes for films and found a particular film with extremely high revenue compared to the rest, I checked and saw it was reported in a lower valued currency. If I didn’t look closely at those figures, I might have arrived at an inaccurate conclusion. Especially if I was working with averages, having that kind of outlier in the data set would have skewed the average and would not be a true representation.

There’s too much going on in the digital space that you would be leaving a lot to chance if you ignore data. Remember, Correlation is not causation

In the end, don’t let the data block your creative process. But let data guide you if you want options. 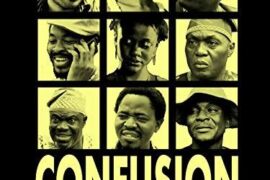