The concluding segment of the interview sees Africa Ukoh zone in further and harder on the need to take training seriously in our industry. It’s amazing to think conversations about his play, his critically acclaimed screenplays and craft as a whole has spawned over three weeks of weighty tips, opinions, advice and ideas. You can catch up on the first two parts of the interview here and here before moving on to read the fitting end to the interview:

Filmkaku: One thing that’s obvious from your posts on social media is your strong advocacy for training for not just writers, but every department in the filmmaking craft. You are strongly opposed to shortcuts and gambling past barriers. Are these views coming from a place of dissatisfaction with the quality of writing in the industry or it’s just you trying to teach?

Africa Ukoh:  One reason why I’m insistent on the need for training is because the state of our environment (not just the film industry) naturally allows for excuses. The consistency of how the country continues to disappoint, peculiar upbringings, religion and its attendant issues, economic troubles and so on— all these work together to negate the need for the average Nigerian to push him/herself. Or even try to go through the right process. Everybody’s rushing, everybody’s looking to cut corners, everybody’s sneering at the right steps. But the truth is, eventually, down along the line of doing things the wrong way, you are going to realize that yes, doing the right things would have taken more time and  required more of you, but it would have been worth it.

The upside, however, is that, it’s never too late. There’s always time to pick yourself up, dust off the regret and take that walk back to the beginning and do the right thing. As long as you are breathing, you can always do it. Well, at least before you are 65. You can’t be 30 or 40 and say you cannot delegate a minimum of two years into training yourself with skills that could last you a lifetime. I don’t buy it.

FK: What about the Nigerian condition? I understand it’s been used a lot as an excuse. But are there instances where its effects are unavoidable and will determine actions and reactions to training and development?

AU: Definitely, there are people that can’t afford to allot two years to training. The reasons vary: financial, medical, whatever. With this group of people, training becomes a collective responsibility of the industry. The overarching goal of a movie industry is to make money right? Then it’s only natural or sensible for said industry to take up training and development seriously. That’s the only way it can be sustained. The film industry is only as good as its players. The benefits of doing things the right way is twofold. Apart from the fact that actual professionals will get to helm projects and attendant departments, the economic status of these professionals will be improved. So why shouldn’t we train?

FK: What explains this reluctance to take actual training seriously?

AU: It boils down to patience. We, especially our generation, have learnt a lot of impatience. The idea of dedicating a year or any form of sustained period to learning or training to be better at something remains a problem for most. The irony is that the one year folks are so reluctant to give away will not necessarily be used for the more “productive” option that attracted them in the first place. It’s almost always that way. With training, the obstacles or speed-bumps won’t necessarily go away, but you’d better equipped to deal with them. That’s the whole idea of training.

FK: The passion for teaching, training and dedicating time to getting better is infectious.

AU: I love teaching. I love sharing knowledge. I have a group of young people I talk to as often as I can. The aim is to encourage, guide, provide precepts along the way to some form of competence. We don’t get to see all the time but we have social media to thank for finding ways to navigate past that. Teaching, on the other hand, helps me to access my thoughts. The whole process of coordinating discordant thoughts into coherent wholes and putting them out there helps your understanding of whatever it is you are looking to share. So teaching, learning and training should be taken seriously. It’s a win-win situation.

FK: Are there plans to go into lecturing?

AU: Yes, I’ll definitely figure out something eventually. It could be digital courses, teaching somewhere or specially designed mini-programs. Yes, there are plans. But they are future plans. I still have to sort out my own shit.  Once I do that, yes. I feel it’s a responsibility. This is not necessarily from a moral place but practical. Let’s say I want to create a series about the Benin Empire and make it as big as Game of Thrones. This is me looking to tap into this renewed interest in fresh global stories. To compete it has to be great. Do you think I would do the creation, development and writing all alone? That would be insane. Major successes are fruits of collaboration. A collaboration that will lead to success will only be possible if skilled creatives are available. Skilled creatives will only be available when good training has produced them. Until the industry learns this, the opportunities other industries have tapped into will pass us by.

FK: Let’s veer back into the screenwriting craft one final time. What’s the most important aspect of writing to you? In past interviews with writers, I’ve seen most of them go for character and then begin the all too familiar talk about character motivation, needs versus wants, internal versus external struggles, flaws and so on. What’s your angle?

AU: This is a complicated question because screenwriting is an organism where everything is connected. If you say character is the most important thing, what about the plot development it yields, the structure it demands, the rhythm and tone to use, pace, dialogue, etc? How do you really isolate? But if had a gun to my head, I would say structure and character. By structure I don’t just mean plot and how to shape it. Most times, when structure is talked about, the mind automatically goes to three act structure, beat sheets and so on.  That’s just scratching the surface. By structure, I mean the holistic consideration of the makeup of the project. The reason I’m going for structure and character is because I believe everything else flows out of them.

FK: For a playwright and screenwriter, I would expect dialogue to figure higher on your rank of considerations. I like to reference Robert Mckee’s book on dialogue when I get to talk priorities with screenwriters. He talked extensively about playwrights taking up writing for screen and how their visceral understanding of dialogue plays an immense role in their writing. Do you agree?

AU: Of course. Like I said earlier, any sort of playwriting endeavor is going to positively influence writing for screen. What it does is it builds your mechanical muscle. The more strenuous material of plays will task said muscle and build it. But back to questions about importance, I wouldn’t rank dialogue as an individual entrant highly because it’s a function of many other things: character, plot and many other things. If the character is well crafted, the dialogue is almost always going to be fine.

Back to your question on plays on writing for screen, I think any form of influence or transference of style goes beyond writing and reading plays. The relationship has to go beyond the written word. There has to be studying and the actual experience of performance. Working with actors or acting itself are where the positive influence plays can have on writing for screen is best felt. With the experience and knowledge, the approach to writing is more wholesome. Every line of dialogue written and virtually every writing decision taken is penned with a consideration of what it would mean for the actor and the director. For dialogue, you’d begin to consider how it will sound, how easy will it roll off the tongue for the actor and so on.

FK: Thank you very much Africa Ukoh. This has been a very insightful session and I’m certainly looking forward to coming back to talk more about everything film.

AU: It’s been a great pleasure. I’m glad you think this is insightful. It’s been fun talking with you too. 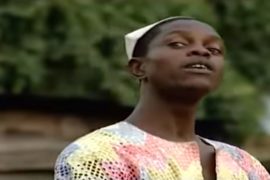 What Yemi Amodu’s Owo Eje teaches us about Storytelling

3 Films Daniel Ehimen Wants You To Watch
10 African Movies on Netflix that will blow your mind.