An inspired poet would probably describe the screenwriting process as a journey that starts with a pulsing flicker in the darker depths of the mind, later presenting as a chaotic lake of fire for long spells, before settling as an impressionable piece of art deserving of appreciation. The screenwriting process will forever continue to generate conversations and varying schools of thought because the uncontested  truth is that the screenplay is the soul of any movie.

Legendary filmmaker Sydney Lumet (Network, The Verdict) was famous for his visceral interest in the writing process of all his films. He sat with his writers and asked questions he’d also riddled his mind with for weeks: What is the story about? What did you see? What was your intention? Ideally, if we do this well, what do you hope the audience will feel, think, sense? In what mode do you want them to leave the theatre? These numerous questions, bordering on the existential, only  confirms the vital role a good script plays in filmmaking.

With this in mind, Filmkaku sat down with rising Nigerian screenwriter, Lani Aisida, and had conversations about everything pertaining to his writing. Lani has written on several hit shows like Unbroken, Phases, Oga Pastor, Skinny Girl in Transit, Battleground and so on.

Read the first part of the transcribed and edited interview.

Filmkaku: I’m going to start with the hackneyed question of how you started you career as a screenwriter. Was it a dream from childhood? Or something you stumbled on?

Lani Aisida: It started a few years ago when I had an idea for a TV show. I contacted a friend of mine and we immediately set up a production company. We developed the show together and began the hunt to raise funds. Somehow, along of process of conceptualizing, writing and sourcing for funds to make it, I realized screenwriting was something I wanted to pursue actively.

FK: Did you have any form of formal training or you were self-taught?

Lani: To get into the industry, not really. But since entering and gaining exposure via different projects, I’ve picked up learning from the schools of YouTube and Google, tons of screenwriting books and several other resources. There are also masterclasses I’ve taken advantage of. And also, there’s the vital place of talking to the senior writers in the industry, to learn context-specific ropes, business and so on. I’m also a beneficiary of the yearly AFRIFF programme for young screenwriters.  And that’s actually the closest to any form of formal education. It was in Lyon, France, in a university I can’t remember now. But for most parts, it has been all about learning on the job and striving to get better always, to be honest.

FK: Tons of books. I find that interesting. What books have helped your writing? Care to name them?

Lani: The regular writing books: Story by Robert McKee, Save the Cat by Blake Synder and so on. But one book  that has really shaped my writing and influenced my ideas about writing is a book called Writing for Emotional Impact by Karl Iglesias.

FK: That’s a great book, I’ve read it too. So, taking a cursory look over your career so far, what can you say about the evolution of style and approach that must have taken place? And what’s the future like? Is there some goal you have your eyes set on?

Lani: I think something that has changed over the years is that I’ve learnt to appreciate and, perhaps, respect the peculiarity of my writing style. When I first started, I was all about trying to replicate the styles of the scripts I had read and loved. But over the years, I’ve let go of that fervor and instead chosen to identify and hone my own style. A script that really woke me up to this was Big Little Lies by David E. Kelly. I remember reading it and getting awed by the simplicity and economic nature of the writing. That’s the one script that’s actually similar to the style I’ve found that I’m most comfortable with.

FK: What is your writing style? Can you define it in three words?

Lani: Realistic, brevity and fun. Those are the words. I keep the ideas and characters grounded, go straight to the point with the details, and aspire for memorability of dialogue for all the characters. I wouldn’t say I’m there yet, it remains a journey. 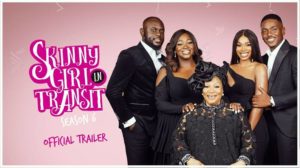 FK: Let’s talk about Skinny Girl in Transit for a bit. The show has been garnering great numbers on YouTube. There are online banters and slangs from the show trending on social media, further stamping its cultural relevance. Now, you only assumed writing duties quite recently. Season five and six, to be accurate.  Were you an ardent follower before joining?

Lani: No, I wouldn’t call myself an ardent follower. But the moment I got called to join the team, I dived into past seasons and realized how good the show is, and how much I’d been missing out.

FK: After joining the team, were there intentions to change anything at all? Or you just went ahead with what was in place already?

Lani: The foundation of the show is really strong. So there was hardly any need for a radical change of any kind. The audience loved the characters, the storyline was great, so the big question we had to answer was how to sustain the momentum and continue to give the viewers a great time.  For me, there was a bit of pressure because I had to match the brilliance on ground. But thankfully, I’m part of a great team and we made it work.

FK: Using SGIT as reference, what’s your approach to writing web and TV shows? Can you guide me through the process?

Lani: First of all, I wouldn’t say there’s a specific process per se. I’m big on the business of writing. I’ve got to get the work done. The ideal process would probably be a more organic approach to building stories and scripts but for me, there’s the tiny problem of the deadlines I’ve got to beat. So my process changes per project. A six part series written by me sometime  in the past was inspired by the first line of a song. Characters with interesting traits could ignite the entire process. It could be an image, or a scene, it doesn’t matter, just anything to set things in motion. And of course, familiar elements like plotting, character building and so on take place before moving to actual scripting.

FK: So it all starts with ideation, followed by world building, characterization, all the way down to scripting.

FK: You’ve written TV films, Telenovelas and different web contents. Are there striking differences, peculiar to how you approach them, that you would like to share?

Lani: Most definitely, there are differences. These are three different platforms and audiences with very different demands. For Telenovelas, there’s the need to grab attention as soon as possible but there’s the leeway of taking your time to position  several set-ups that will pay off later. So, for seven days of the week, you are building, feeding the audience bit by bit and if you’re doing a good job, they should stick with you and enjoy the journey to eventual gratification. But for web, where the audience has to wait days for the next episode, you’ll do well to feed them enough per episode and then give them reasons to return for more. Here, there has to be some form of resolution and then the invitation to come around for the next one.

For film, TV films to be precise, the process is a bit different. But there remains the nonnegotiable bit of making sure you catch the attention as soon as possible and retain it to the very end. I take very seriously the opening scenes or sequences of films I write. They have to do the job of rooting the viewers to their seats and fighting off that urge to move to the next available film on the platform or to check the latest trending news on Twitter. That’s the rule for me. 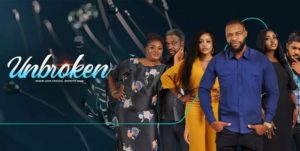 FK: You worked as one of the story editors on Africa Magic’s Telenovela, Unbroken. What has the experience been like?

Lani: A learning curve, really. It was my first time working in that capacity in a Telenovela, so I had to learn as much and as fast as I could on the job. I also had the privilege of working with a co-story editor with a lot of experience in that capacity and a super intelligent head writer. Spanning 260 episodes, it was a grueling marathon that tested my durability, but we had to keep going. I think people don’t realize the serious work that goes into writing and making Telenovelas. It’s really testing. But it remains the job.

FK: So what’s the job of a story editor in a setting of an Africa Magic Telenovela?

Lani: Okay, the job starts in the story conference where you have a team of writers gathered and story ideas for the show are divided into threads. Let’s say story A is the family story, story B is the business story and then story C is the love story. After writers have spent weeks thinking up and pruning different story ideas to fill these threads, the story editors sit down together to fuse these approved ideas into tiny blocks of episodes. And then we transfer these blocks to the head writer for approval before he/she distributes to the different writers for writing. The story editors ensure that the stories flow seamlessly, that inconsistencies are eliminated as much as possible, so everything that gets on screen, eventually, makes sense to viewers. That’s a quick summary of what story editing with respect to Telenovelas is all about.