It’s a new decade and thousands of hopefuls are looking to push on with their efforts to break into the industry. It’s the same narrative everywhere; a select few privileged to be in the know, churning out the movies, while a teeming crowd of wannabes circle around, praying for just one chance to show the stuff they are made of. The bigger problem, however, is how to plan for an industry that’s changing every day.  Marketing approaches are taking new dimensions, storytelling models are evolving, even the language and politics of cinema, globally and locally, has been subject to change as well.  Fiyin Gambo is a relatively new name on the lips of many in the film circle and not only has he managed to break in, he has done so with quite some style.

Film Kaku had a talk with Fiyin Gambo to learn how he pulled it off.

Film Kaku: How did you start out in film making?

Fiyin Gambo: I stumbled into film making; it was never a set target. I was studying Civil Engineering in Covenant University when I was faced with the common dilemma of finding a secondary passion asides academics. I eventually dabbled into photography before 3D animation quickly followed, after I saw the end credits of Avengers, the very first installment. When I saw that they used Autodesk 3ds max to create the CGI portions of the film, and I had that same software sitting on my system, I got struck with the interest in CGI effects and what it could do for Nollywood. I soon met someone, a fellow student who was better skilled at animation, and we sort of struck a partnership where I would make the films and he would do all the visual effects. And so that’s how I started making short films in school.

FK: So what projects did you take on subsequently?

Fiyin Gambo: My first attempt in school was called Chase down. I wanted to do a fast and furious kind of picture in Nigeria, I was that much a fan of the franchise. We used our CGI tricks to have Lamborghini cars on the school campus and it turned out decent. Soon, we got in way over our heads and considered  developing it into a feature film but it didn’t pan out because of money. People had warned us about likely funding problems but we were headstrong.

After that, my creative partner and I went different ways due to creative differences. The first project after going ‘solo’ was a short action film called Intercept. I wanted it to be a big deal not just in school but in the entire country so I got funding from my school management to the tune of about 200,000 naira to make this film

FK: What kind of charm did you use to collect that amount of money from your school?

Fiyin Gambo: (Laughs) The charm is understanding what your investor wants. At the time , the school was interested in expanding their brand so I submitted an 11 pages proposal of how my film was going to give them that visibility. The problem with filmmakers is that they think investors care about their film. But no, they don’t, they only care about their interests and how your film ties into their goals.

Intercept turned out to be a school project. We even had the Registrar acting on it. When we cut a one minute teaser and shared it around, the attention I got was overwhelming . There were interviews with TVC, Channels and Sahara reporters. Everyone wanted to have a peek of what we were doing; we were flying. But when we got back to school, back to our reality, to cut the rest of the film, we discovered there were serious issues with our sound recording. We couldn’t release the film that way and so I met with my team and we decided to hit the brakes; it would be more honourable for us to tell everyone to wait while we did the whole thing again and pursued the excellence we craved. It was tough to be frank; I had to talk to the school to relay my failure. The pressure and self doubt was at peak level.

The hunger to make the film remained. So I reexamined the financials of the project, built some confidence and started looking for about 10-18 million naira to create a better project, to just stop the questions and get people to forgive our failings. I finally found investors, raised about 3 million and the journey to making Pursuit started. There were ever bigger ideas that had elevated the initial material developed in the university. Like the chase in CMS market, working with Lagos State Response Unit and much more. But I had no connection to make these lofty ideas a reality. I sent letters to agencies under the Lagos state government and within a month, I started getting calls for meetings. I relayed the value our project could bring their agencies very clearly. Luckily, everything tied up and I got to make the film.

We were lucky to garner great PR, which was funny because we didn’t spend more than 10,000 naira promoting the project. The attention grew organically. I believe if you spend the time developing a great project, people will share it without you asking or begging. We had lots of interviews, and it got me the attention from Nollywood.

FK: How’s life in Nollywood been after that?

Fiyin Gambo: It’s been great. I have worked with Cut-24 on a feature film as well as a project for Asurf films. I’m also working on my personal films too. They are expensive projects so I’m taking my time on those.

Fk: Can you lay down your fundraising methods?

Fiyin Gambo: Okay, so let me first lay down how much my projects cost. My first project cost me zero naira; we had friends to support and school equipment we were able to borrow. That project was proof of the concept for the next project which I made for 200,000 naira which became another proof of concept for Pursuit. The important point here is the proof of concept. People won’t give you money if you have nothing to show.

Secondly, organize your pitch deck properly and run away from empty wishful talk. Create a document that outlines everything you plan for the investors very clearly and let it do the work. My proposals are at most 9 pages and they include  modules like “Why You Should Invest,” “Business Model”,”Introduction” and so on. Pay attention to your pitch deck properly, that’s the most important.

Fk: What keeps you going?

Fiyin Gambo: Basically, a passion to represent people of colour well on screen. For too long, we have perceived ourselves with varying degrees of inferiority complex and I want to change that. I’m interested in inspiring the next generation, make them more confident about their skin colour and dream big. I also want to provide employment opportunities for many people. In fact, I want my company as big as Disney. 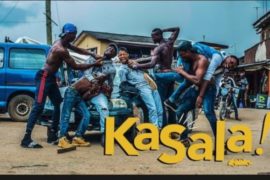 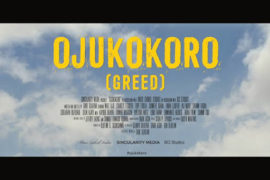