At a special BAFTA: A Life in Pictures Event, Ridley Scott told filmmakers present that they had no excuses not to go out and make a movie. He cited the availability of modern technologies as 70% of previously daunting barriers eliminated. Typical of the average Nigerian filmmaker, it is easy to assume that the context over there is different from ours by pointing out to the familiar mitigating factors, but the truth remains that there has never been a better time for the Nigerian filmmaker to make a film. Cameras of different types are available just about everywhere. Even better, the average smart phone can conveniently shoot and as well edit films.

Film Kaku recently had an interview with Nigerian Filmmaker, Imoh Umoren, where his filmmaking journey was discussed. The director of Children of Mud, The Herbert Macaulay Affair and Dear Bayo certainly knows a lot about working your way up from industry wilderness to renowned status whilst staying true to unconventional stories and the necessary indie ideals. 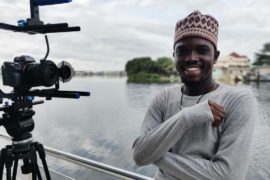 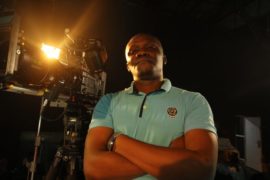 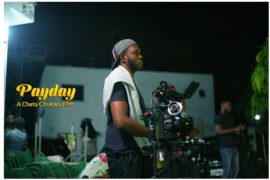